The Running Mare has long been a Cobham landmark with a picturesque location on the Tilt. The current owners have really turned ‘the Runner’ into a destination for all ages and tastes making it a vibrant social hub for the Cobham community and beyond.

The family behind the success of the Running Mare has a fascinating background which is evident throughout. At the helm is Adrian Bailey, who has been the licence holder for over 20 years. He is joined by his son Oliver who spent most of his life in the Cobham area being educated at Parkside and Reeds schools just up the road; Oliver is now running the kitchen and the wide variety of social events.

Whilst Adrian comes from a hospitality background – he has run a number of successful pubs and bars before the Running Mare. Adrian spent a large part of his life supporting and travelling with his younger brother, the racing driver Julian Bailey, on the route to Formula One. The influences from this part of their lives can be felt everywhere but most especially in the Small Bar where there are numerous photographs reflecting not just Julian’s career but his friends and other members of the family who have followed in his footsteps.

four and two wheels. Julian went on to win the FIA World Sportscar Championship amongst other great achievements, but he probably receives the most acclaim for being Top Gear’s STIG for many years! As you can imagine the Running Mare car park has hosted an extremely interesting collection of supercars in its time!

The pub’s proximity to the Chelsea FC training ground also makes the Running Mare a preferred watering hole for players, their families, pundits and media which makes for interesting ‘people watching’. “Th Runner” is also a popular spot for many of Cobham and Oxshott’s celebrities from Andy Murray to Jimmy White to ‘Freddie’ Flintoff and from the music world Rick Parfitt and Paul Weller.

The warmth and character of The Running Mare is reflected in its prevailing popularity. Other bars and restaurants come and go in the area but the ‘Runner’ remains a staunch favourite amongst locals and newcomers alike. The ‘Bailey’s’ work hard to maintain the feeling of a traditional pub while evolving and moving with the times which is reflected in the great variety of food and drinks on offer and events which populate the pub’s calendar and never fail to disappoint. 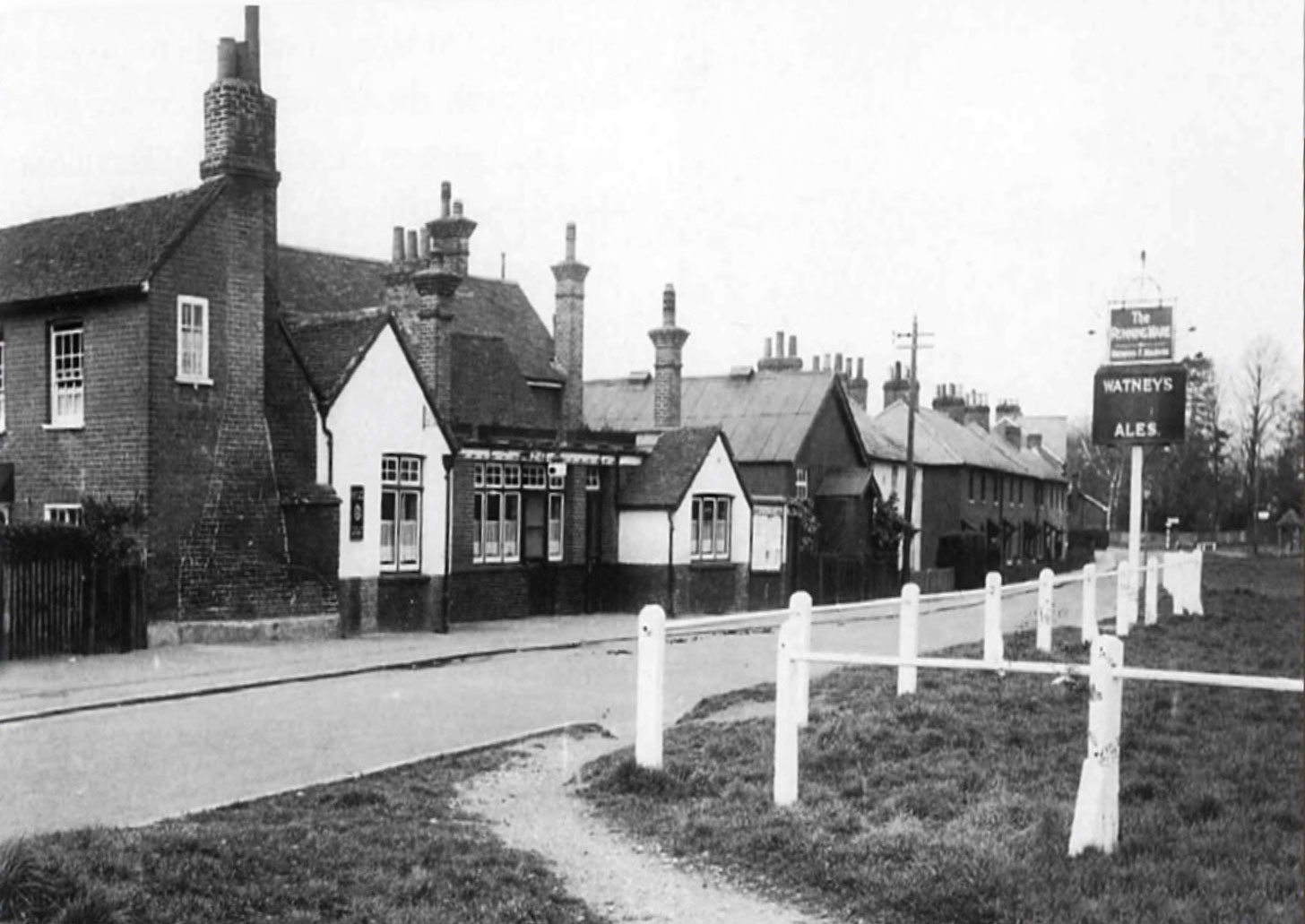 The first mention of The Running Mare as a public house was in 1756 although records suggest the original building is older. In 1729 the property was, apparently, in private occupation having been sold to Richard Howard, a coachman of Twickenham, by John Howard, a carpenter of Cobham, for the sum of £60.5s. At that time the property was subject to a five shilling rent to the manor of Cobham. By 1784 the public house was “called or known by the name or sign of The Running Mare”, this name being reputed to be unique in England.

Cobham is a village in the Borough of Elmbridge in Surrey, England, centred 17 miles south-west of London and 10 miles northeast of Guildford on the River Mole. Cobham is an ancient settlement whose origins can be traced back on the ground through Roman times to the Iron Age. It lay within the Elmbridge hundred. Cobham appears in the Domesday Book as Covenham and was held by Chertsey Abbey. 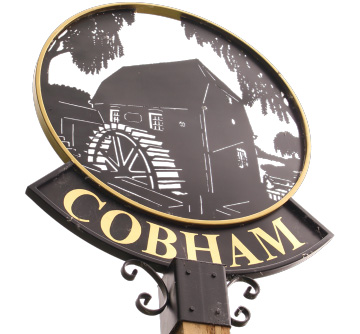 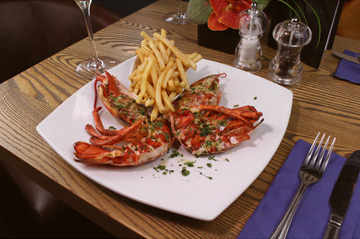 Our relaxed restaurant and bar deliver a fabulous dining experience whether you’re looking for a quick bite to eat at lunchtime, a more leisurely evening meal or a sumptuous Sunday roast. 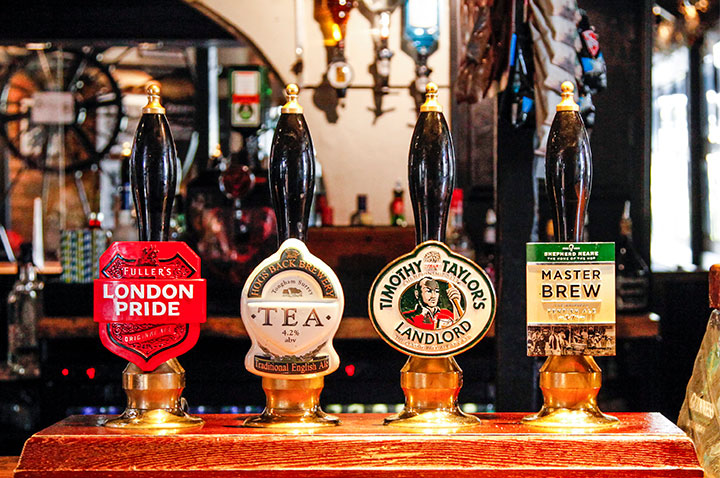 Our traditional, wood beamed bar offers a wide range of drinks served in a lively and sociable environment. We stock an excellent selection of craft ales alongside a great choice of beers, lagers, ciders and soft drinks. 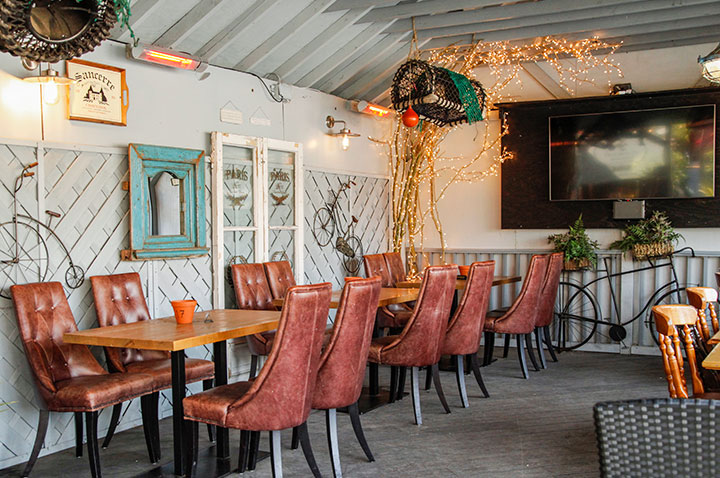 We have a variety of inside and outside entertaining spaces including the fully covered Lobster Pot that comes complete with it’s own bar and is the perfect setting for events, functions and private parties.

To get the day and time you prefer please click the button below to view our Christmas Menu and online Christmas booking form. 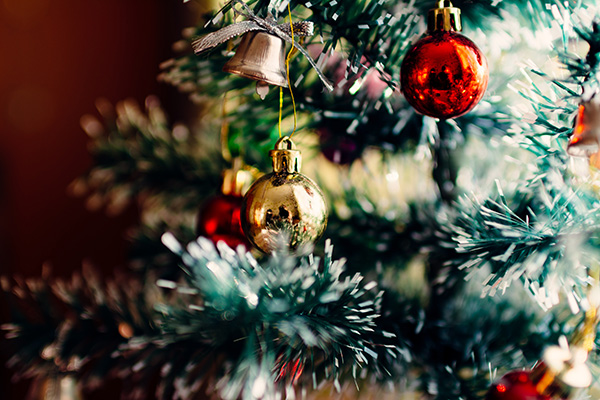